4 hard-to-reach destinations that are worth the trek 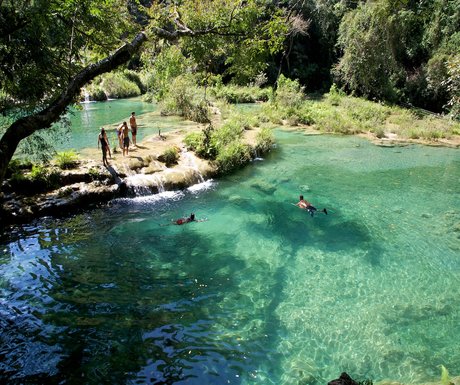 Some corners of the world defy human interference. These remote locations arent easy to reach, but they are well worth the extra effort. To get to the spots on this list you have to take a plane, a boat, or a ride in an all-terrain vehicle down a rough road. These are sights that will stay with you the longest, and after the journey youll have a greater appreciation for smooth rides.

To reach the limestone bridge called Semuc Champey you will need to take a 5.5-mile (9-km) drive down an extremely bumpy road. Natural pools brimming with perfectly clear, bright blue water have formed in the limestone. Semuc Champeys pools form a series of steps, and as the water flows from one pool to the next it creates a trail of waterfalls.

Because of the increasing popularity of the area, the roads are being steadily improved. But there are plenty of challenges even after you arrive. Go on a hike to the viewing platform on the side of a mountain  this path is quite steep, and nearly a mile (1.2 km) long. There are guides in the area, and a rope to help you ascend the slope. From this vantage point you can see the complete network of pools.

Lubaantun is a Maya city in the rainforest outside of Punta Gorda. It was at its height from the 8th to the 9th century. Punta Gorda’s rainforest has made significant progress toward reclaiming this site, and there are trees growing out of the tops of the crumbling temples. The road here is 7 miles (12 km) over bumpy terrain, and it gets particularly tricky during the rainy season. 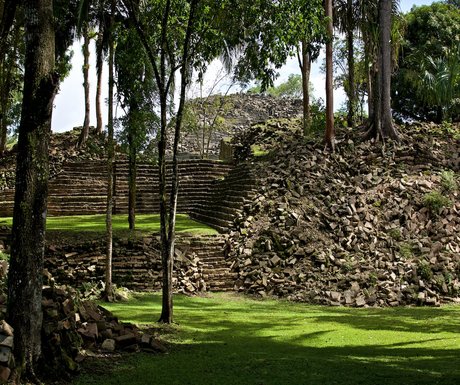 Indiana Jones fans, take note: this is the site where the legend of the crystal skull originated. Archaeologist Frederick A. Mitchel-Hedges claimed to have found a crystal skull at Lubaantun in 1924. There is no proof to support the idea that such an object was ever discovered here, or that the Maya made it. Nevertheless, Jaime Awe, the director of Belizes Institute of Archaeology, is suing the current owner of the skull to return the artifact to Belize.

Archaeologists have noted the buildings at this site for their lack of mortar. Maya architects found stones that fit together perfectly, eliminating the need for a bonding agent. Archaeologists have found a good deal of ceramics scattered throughout the site, including figurines sculpted to look like Maya ball players.

To get to the Ballestas Islands visitors take a boat ride across a choppy sea. Its recommended that you wear a hat for the duration of the boat ride, to protect yourself from the bright sun as well as bird droppings. Birds completely cover some parts of Ballestas shores. Common species here include terns, boobies, and Humboldt penguins. At certain times of year you may also spot flamingos. Sea lions flop around on the rocks near the shore. 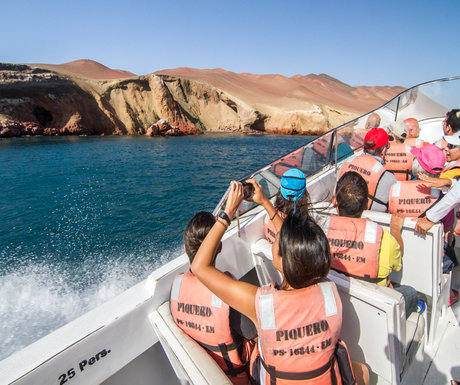 These islands are off the coast of the Nasca Desert, which is famous for the Nasca lines. There are similar lines on the rocky coast of the Ballestas Islands. From your boat you will see the Candelabro  an 800-foot (243-m) long design that was carved into one of the islands hillsides. 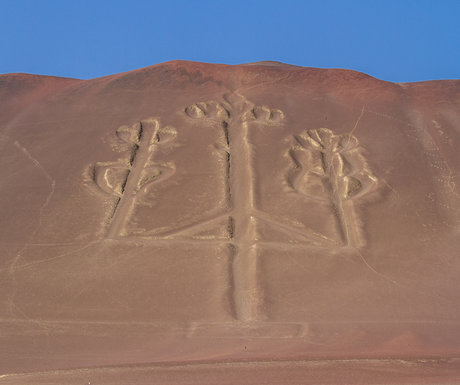 Archaeologists believe that the Chavín people may have created this geoglyph. No one is quite sure what this design is supposed to depict. It may represent a cactus, or a constellation.

To reach Coiba National Park you must take a 90-minute boat ride. This national park protects Coiba Island and 38 smaller islands in the Gulf of Chiriquí. There are some overnight facilities at the Coiba ranger station. 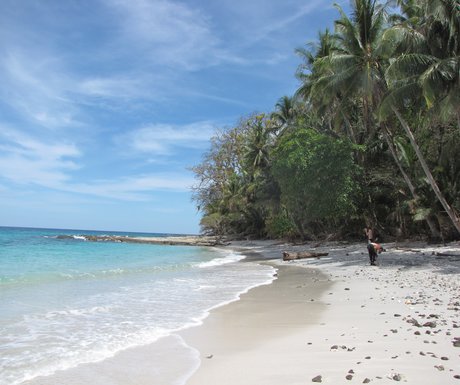 Coiba Island served as a penal colony for 80 years, finally closing in 2005. At its height, it held 3,000 prisoners. Because of this, no visitors could come to the island and it never developed any tourist infrastructure. The prisons troubled reputation was so well known that it kept people away from the nearby islands. You can still see the prison buildings here. They are in the process of succumbing to relentless tropical growth.

There are more than 700 species of fish in the surrounding waters, and 20 species of whale, and 33 species of shark. This tremendous diversity makes it an incredible destination for scuba diving, fishing, and kayaking. Granito Oro Island is part of Coiba National Park, and has become one of the top stops for divers and snorkelers.

While youre on land, make sure to do some bird watching. There are nearly 150 species of birds on the island. Much like on the Galápagos, the island has very few predators, and some of the species of birds have evolved into subspecies that do not exist anywhere else in the world.