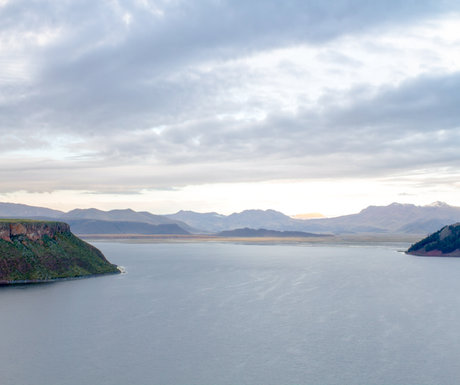 Visitors come to Latin America looking for incredible scenery. Long before globetrotting travelers came to snap photographs, the following destinations all inspired local legends. When you visit, you will share in the awe that the indigenous people felt for the unknowable depths of the nearby lakes, valleys, and volcanoes.

Visitors will find Lake Titicaca high in the Andes, right on the border between Peru and Bolivia. This lake is 12,500 feet (3,810 m) above sea level, making it one of the highest lakes in the world.

The Inca conquered the land surrounding Lake Titicaca in the 15th century, and blended their own mythology with that of the local community. Lake Titicaca became the place where Viracocha, the Inca creator god, created the sun and the moon. He is said to have crafted these celestial bodies while he was on an island in the middle of the lake. In the Inca origin story the first humans were also supposed to have emerged from the Lake Titicacas waters.

Modern Maya villages and volcanoes surround Lake Atitlán. Maya and visitors alike have a strong response to the stirring atmosphere that is created by the deep blue water and the imposing volcanoes. Today the local Maya still consider the lake sacred, and it figures prominently in Maya legend. In the Maya language Atitlán means the place where the rainbow gets its colors. 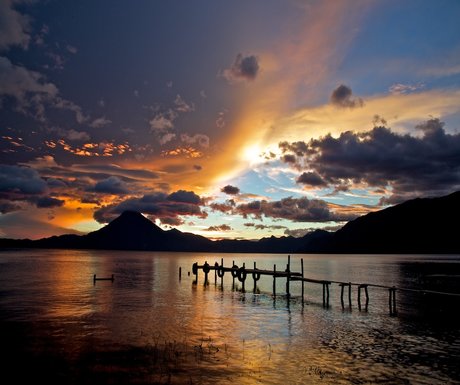 Lake Atitlán is quite deep, reaching a depth of at least 980 feet (300 m) near the middle. According to Maya legend, these deep waters provide a home for an enormous serpent. Every once in a while the serpent emerges, looking for hapless boaters to drag to the bottom of the lake. When the waters of the lake are choppy, they say that the serpent is stirring.

There is also a Maya legend of star-crossed lovers who avoided the marriages that their parents had planned by jumping into the lake together. Once again, choppy waters have special significance  when the surface of the Lake Atitlán moves, the locals say that the lovers are dancing.

Divers have bumped into strong evidence of the lakes spiritual importance. In 1996, a diver discovered submerged altars near the edge of Lake Atitlán. Archaeologists believe that the site has been submerged since 250 AD, and served as a place of worship.

The mountains surrounding Lake Atitlán also figure prominently in Maya legend. A Maya god called Yegua Achi is said to have arranged the volcanoes around the edge of the lake. He is said to have set down Santa María Volcano next to the lake on his way somewhere else, pausing in his journey to have a snack. When he went to pick up the volcano again, he found it would not budge. When visitors hike to the summit of Santa María Volcano they get a spectacular view of the other volcanoes in the area. Nearby Santiaguito Volcano still has regular eruptions, and on Santa María you can watch them from a safe distance. 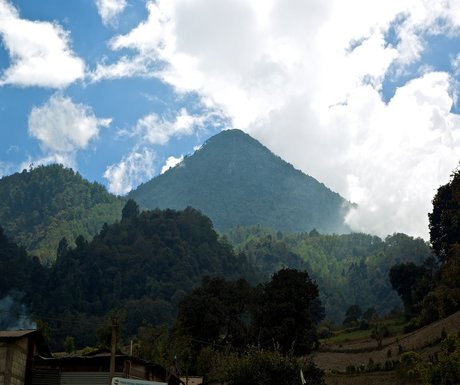 Vilcabamba Valley is located in the Andes. It has fertile soil and an environment that provides beautifully for its residents. Plants grow year-round, and the temperature is almost always comfortable. 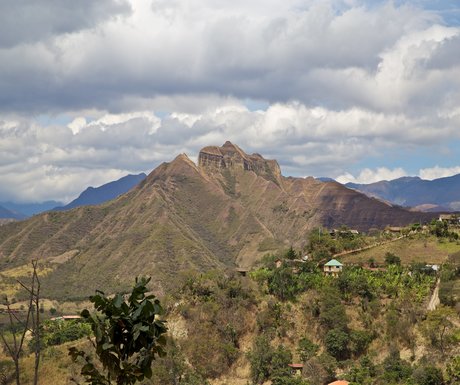 When the Inca settled here they told tales about the surrounding mountains. There is a mountain that overlooks the valley called El Mandango, or the sleeping Inca. Its peak is said to resemble a man in repose. According to the Inca, a spirit in the mountain that kept the residents of Vilcabamba safe from disaster.

In 1955, Readers Digest ran a story about the long lifespans of people who lived in the Villcabamba Valley, claiming that many of the areas residents were upwards of 100 years old. Visitors flocked to the valley, looking for the secret to a long life span. Upon closer investigation, it turned out that the townspeople had exaggerated their ages.

Yet the residents of Vilcabamba do have long lifespans and good health, and there is a scientific explanation. Vilcabamba is also home to the huilco tree, which is believed to have health-giving properties. Huilco means holy in the Inca language of Quechua, Locals use the to treat respiratory illnesses, and its leaves are purported to help remove impurities from the air, making the air in the valley especially fresh.

6 of the best hotels in the Galapagos Islands

5 must-see birds in the Galapagos