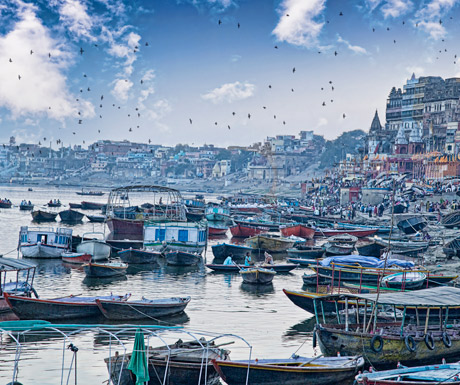 London isn’t the only city famed for its river, with the Thames flowing past attractions like the Houses of Parliament and the Eye. All around the world there are cities and towns with locals whose lives revolve around the waters  from Varanasi where the sacred Ganges is a pilgrimage site, to architecturally splendid bridges in Prague where people of all ages flock. These waterways allow travellers to explore the area from a fresh perspective; by waking early and wandering the banks, or by taking a boat ride downstream. Here we round-up six of the best riverside cities and towns.

On the banks of the sacred Ganges, Varanasi is the ultimate pilgrimage site for many Hindus and best experienced from the river. An early morning boat trip along the riverside ghats offers a glimpse of the citys spirituality, with pilgrims performing their ablutions, funeral pyres blazing on the steps, incense wafting and music playing. Varanasi is an intriguing mix of life, death and religion, with the Ganges at its very heart.

Situated on the St Lawrence river, Quebec City is North Americas only walled city outside of Mexico. Walking around the narrow Old Town streets and along the Rue du Petit- Champlain, it is easy to imagine that you have been transported back in time to a rural French department. The food in Quebec is delicious, and often features fresh seafood from the Gulf of St Lawrence. A lobster roll on the Rue du Petit-Champlain is a particular highlight. 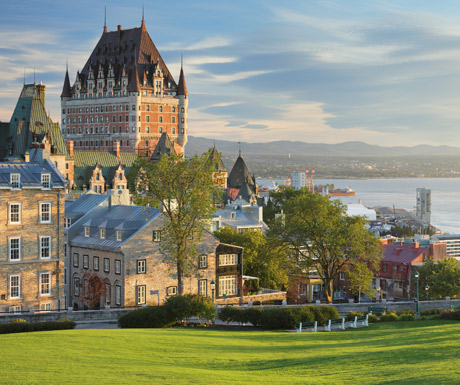 Colonia overlooks the River Plate, which separates Uruguay and Argentina. Called the Silver River (Río de la Plata) by early explorers who traded silver with indigenous tribes, the vast river is more like a sea: on a clear day, Buenos Aires appears tiny across the water. It is easy to fall in love with Colonia with its laid-back feel and picturesque cobbled streets featuring old colonial houses (now luxury hotels) overlooking the river. 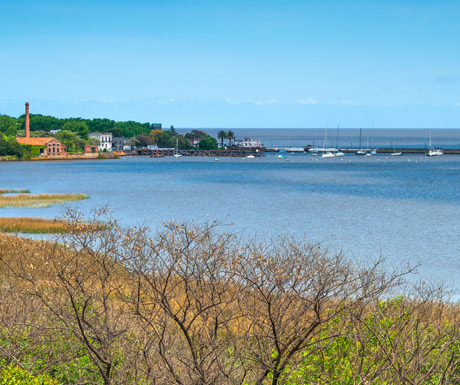 This fascinating city, on the banks of the Nile, feels a world away from the busy capital of Cairo. Aswan offers both modern and ancient Egyptian history, from the High Dam, which led to the creation of Lake Nasser, to the Temple of Philae, one of the countrys most beautiful ancient sites. A not-to-be-missed experience is a felucca ride on the river: sailing around Elephantine Island, followed by a gin and tonic at the Movenpick hotel to watch the sunset. 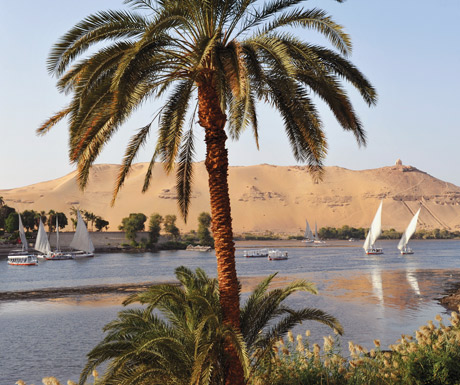 At the meeting of the Mekong and Nam Khan rivers, Luang Prabang is a melting pot of architecture, culture, quaint streets, bustling markets and sumptuous street food. An early morning walk along the tree-lined river bank is the best way to start the day in the town, soaking up the perfume of frangipani and watching the monks and novices heading to their splendid gold and claret wats as the town wakes up for another languid day. 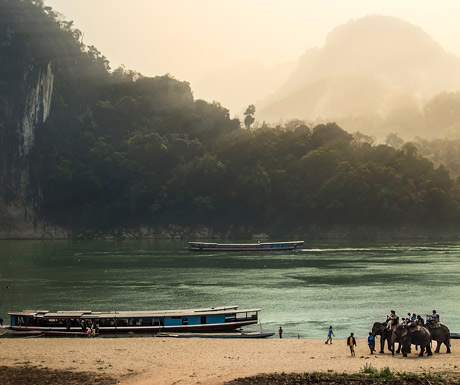 A stroll across the famous Charles Bridge is obligatory on any trip to Prague. The 14th-century bridge connects the picturesque Old Town with the New Town and castle. By day, the bridge is teeming with street artists and musicians vying for passing tourists attention (and donations). One of the best ways to experience the city is by getting up early and going for a dawn walk. Youll avoid the crowds and have the bridge with its stunning views all to yourself. 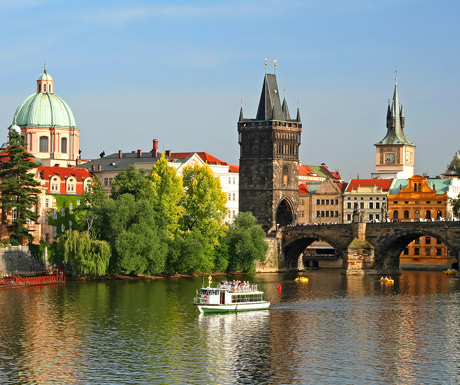 Katie Cosstick is the PR Manager at Cox & Kings.