7 ways to spend a day in Buenos Aires 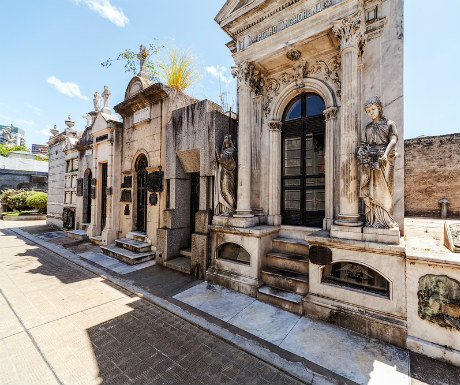 As an immense airport hub for flight connections, Buenos Aires allows layover travelers to get a taste of the vibrant, tango-crazed metropolis in South America. Aptly nicknamed Paris of the South, Buenos Aires is a Euro-flavored city where stylish residents eat well, party late and warmly embrace newcomers. Buenos Aires shouldnt be a place you expect to simply kill time; the delight of exploring this charming city, even for a few hours, might even surpass that of your pending destination.

Head immediately to the Cementerio de la Recoleta (Recoleta Cemetery) and have your camera at the ready. The final resting place of Argentinas dead Presidents (and famous poets, celebrities, and the like), the 14-acre plot hosts unbelievably beautiful monuments, mausoleums, and statues honoring their legacies. Considered one of the most beautiful cemeteries in the world, this captivating over-ground crypt city is truly a must-visit attraction.

You can easily while away a few hours at Cementerio de la Recoleta, and the same can be said for the sprawled Bosques de Palermo (Palermo Woods), the Central Park of Buenos Aires. Loaded with ornate flower gardens, bird-rich lakes and lawns, its the city prime center for leisure and relaxation. You can paddleboat along the parks man-made lagoon, lay out a blanket on a lawn and people-watch, but dont miss visiting the colorful Paseo El Rosedal (Rose Garden Walk), which has 1,200 different rose varieties laid in impeccable arrangements.

Where to eat and drink

Meat-heavy parrillas (steakhouses) are ubiquitous in Buenos Aires – Don Julio, La Cabrera, and Cabaña Las Lilas being the citys most iconic – but if you want premium seafood in the city, Oviedo is far and away your best bet. The classically-appointed, art-adorned restaurant provides fresh and finessed dishes from under the sea, and features one of the citys most distinguished wine lists. 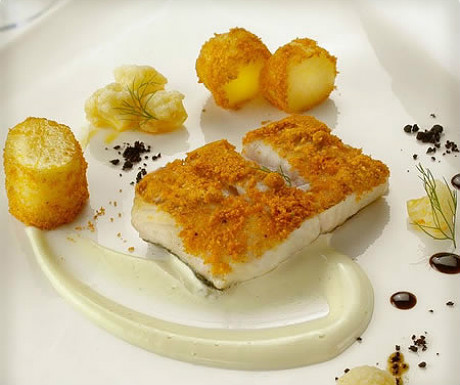 Any evening plans to eat a nice dinner and enjoy one of the citys hottest bars? Proper dinnertime for portenos (citizens of Buenos Aires) is later than what youre probably accustomed to, so its best to knock two birds with one speakeasy at Floreria Atlantico. The trendy boltholes a bit incongruous to old-money Recoleta  it would fit like a glove in the Palermo Soho neighborhood where all the young and hip commingle- and it only adds to Florerias intrigue. Enter the dainty flower shop and descend the staircase which leads you to whats touted as Latin Americas best bar: housemade gin, smart cocktails, scrumptious tapas (and clientele) and bumpin DJ grooves awaits you.

Allot some time, however, to check out the brand-new restaurant Brasero Atlantico, Florerias sister site and next-door neighbor. The intimate, industrial-chic restaurant is more about traditional eats than mod cocktails, with a lengthy menu of Argentine favorites including thick, cheesy provoletas (a must-try for the uninitiated), assorted empanadas, and plenty of juicy, grilled meat cuts to satisfy your appetite.

If youre on an overnight layover, the sophisticated Recoleta neighborhood has perhaps the finest collection of five-star hotels in the city. The elegant Sofitel Arroyo, housed in a neoclassical building that was once the citys tallest skyscraper, feels as Parisian as the Old World-style, tree-lined streets of Arroyo on which its situated. For a more contemporary choice, the CasaSur Bellini in the modern-chic Palermo neighborhood provides spacious, fabulously-styled executive rooms and suites with private balconies and one of the citys largest outdoor pools. Recently opened in 2014, CasaSur Bellini is also one of Buenos Aires best-value luxury hotels for your pesos. 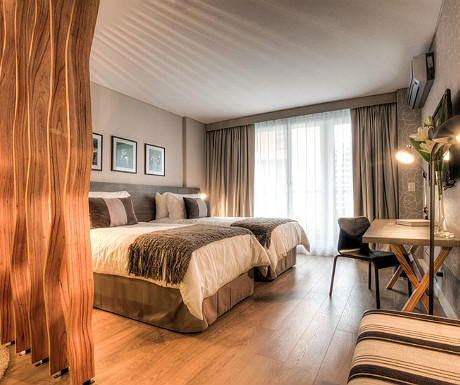 5 must-see birds in the Galapagos